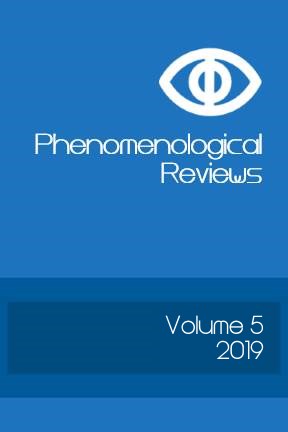 J. Andrews, The question of painting 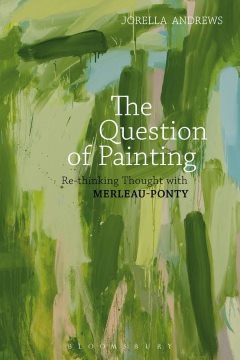 1The Question of Painting. Re-thinking Thought with Merleau-Ponty offers a unique and refreshing perspective on fields including visual studies, phenomenology, ecophenomenology, inter-artistic relations, and studies of Merleau-Ponty’s philosophy. By developing an inter-artistic approach, Jorella Andrews demonstrates how phenomenology is relevant for painting. The title indicates the central thesis: perception and experience are aesthetic, so that there is an art of painting and an art of perception. Perceptual experience is open to interpretation in a way that is analogous to works of art.

2The book is organized around a chronological account of Merleau-Ponty’s works and thought and its connections with art, highlighting how painting, as a way of exploration and artistic expression, articulates its contents and discourses on many aspects of daily life. Indeed, in the Visible and the Invisible, Merleau-Ponty points us in this direction: “Essence and existence, the imaginary and the real, the visible and the invisible, painting blurs all our categories in unfolding its oneiric universe of carnal essences, of efficient resemblances, and of silent significations”. (1) The instauration of appearing as such in painting is interpreted extensively through Andrews’ book. Painting represents but at the same time paints the invisible visibility of the visible. The focus here is on Merleau-Ponty’s later works, especially The Visible and the Invisible, Eye and Mind, and the Notes de cours 1959-1961. Andrews’ aim is to illuminate and trace a new ontological perspective as it emerges in these works.

3Andrews reads works of art, particularly paintings, as disclosing a certain mutation of man and being. Moreover, Merleau-Ponty’s phenomenology examines the embodied and interactive perception as well as the matter of experience. Phenomenological and artistic reflection are closely connected and this book clarifies how artistic standpoints ought to be examined in parallel with phenomenological investigation. In Merleau- Ponty’s thought aesthesis and aesthetics are intertwined. Embodiment has its own vitality and the feedback between artist and artwork represent the relation between body and world. Thus, Merleau-Ponty’s analysis of art centers on bodily presence, representation and feelings in the context of experience. The book also describes Merleau-Ponty’s aesthetic world as an opening contraction of the human world. Sensory experience is implicated in aesthetics and both are grounded in the body. The painter both experiences the world through the body and draws the world’s Totality. It is insofar as he or she is in contact with the realm of the visible that she or he is able to experience this Totality. This cosmic model of representation can be described as a Gestalt.

4Andrews analyzes nature, rationalism, empiricism, dualism and behaviorism through the cognitive field that remarks the significance of Gestalt. In place of empiricism and intellectualism, Merleau-Ponty’s phenomenology offers a vision on the matter of subjectivity and world as an accommodation of thought. Merleau-Ponty’s critique of Cartesian representationalism and its consequences has been taken up within cognitive philosophy and the philosophy of mind. Cartesian rationalism was unable to overcome the central artistic dimensions of depth. Andrews describes all these fields deeply and thoroughly, and she frames and places Merleau-Ponty’s thought within an artistic context.

5Drawing on the concept of aesthetics, the book focuses on the presentation of the cooperative relationship between being and environment, as well as the structure of being and its presence in phenomenological and artistic context. Indeed, in the act of reading this book, all of our senses are participating to realize Merleau-Ponty’s aesthetic experience. We can perceive its uniqueness, which can be described by Merleau-Ponty’s terms and experience. This books draws the visible invisibility to the visual field of phenomenology and aesthetics. Our nature is collaborating with the Gestalt to touch Merleau-Ponty’s thoughts on art, a goal to which Andrews contributes with her magisterial writing.

6The first part of the book reinserts phenomenology and its eco-spirit into the critical and theoretical framework of phenomenology and painting. Every being has its own consciousness and exhibits the structure of itself. The matter of embodiment and embodied perception are central axis of Merleau-Ponty’s thought throughout his works. Paul Cézanne was the painter who remains the basic example in in Merleau-Ponty’s works, thought he also draws on other painters, including Paul Klee and Henri Matisse. The formal philosophical thought of Merleau-Ponty intersects with the works of Cézanne and other painters as if they express what in transcendental phenomenology remains a mystery. The analysis of flesh follows from Merleau-Ponty’s recuperation of Cézanne, Klee and Matisse in their effort to capture the primodial and perpetual a priori opening to the open and the power of sense making. Flesh is the primordial instituting linguistic power that opens the world sensibly and instituting the human being as independent into the experience of the world.

7Andrews refers to the theoretical framework of the art 20th and 21st centuries and engages a wider and better vision of the artistic discipline in order to introduce Merleau-Ponty’s thought on painting. Her reading of Merleau-Ponty’s notion of flesh is relative to painting. There is a carnal ground binding into a style of particular differentiation between brushwork, coloration, and technical processes, for instance that of impressionism or expressionism. Many philosophical and artistic concepts cover and at the same time unfold the question of painting and its impact on Merleau-Ponty’s philosophy. Three basic phenomenological ideas are embodied perception, lived body, and visible matters. Perception relies on lived experience and requires the contribution of our body, making the embodied nature of cognition form our perception.

8The second part of the book considers extended thought and draws an illuminating connection among the body, embodiment, and the matter of art. Andrews shows that embodiment plays a major role within art, enabling the artist to integrate the spatiotemporal features of the body’s environment. Perception amounts to the body’s engagement with the world and picture our reality, a co-constitution of the lifeworld and the brain. The subjective body (Leib) and the objective body (Körper) forms a dialectical unity. Andrews recalls that the subjective body is the background of all the forms of experiences and especially the artistic. Inter-corporeity is the basis of our experience and artistic dimension whereas objectification is secondary aspect.

9In the third part of the book Andrews focuses on linguistic concepts and on the theme of representation both in Merleau-Ponty’s work and in art. The phenomenon of resonance between linguistic tool and art is investigated extensively. Discourse plays the major role in the expression’s tools and mechanisms of artistic references. For example, Merleau-Ponty’s metaphors, as Andrews makes clear, are used as expressions of the lived experience of the subject and show how his thought is formed around the aesthetic experience of the phenomenological process. His metaphors hide an experimental and experiential spirit. The author exposes Merleau-Ponty’s immanent expressivity and creation of meanings. Underlying Merleau-Ponty’s conviction that personal expression (speech) is more meaningful than the impersonal (sedimented language) is a fundamental naturalism.

10The fourth part of the book focuses on Merleau-Ponty’s terms such as flesh, visible, invisible, and chiasm as the main points of reinserting painting and artistic discourse into phenomenology through an ontological perspective. The field of vision and its depth through being’s embodiment is given in a vivid spirit, through memorable examples. Merleau-Ponty holds that the perceiver is embedded in the aesthetic space and interacts with it through experiences and senses. Flesh is the bridge between Leib and nature. Andrews notices the linguistic frameworks that aim to take our lived experience and inter-corporeity into an account of art. Linguistic resonance is strongly at play in inter-affectivity and artistic responses and leads that involved the entire subject’s body.

11The book demonstrates how deeply the phenomenological and artistic traditions are connected and draws a perspective through a prismatic discipline in the phenomenological context. Andrews presents and re-presents the matter of intra-corporeality in the sense that subjectivity and objectivity are in dialogue. The microscopic world of living is in dialogue with the macroscopic world of painting through the linguistic resonance of inter-artistic relations. Moroever, the picture of embodiment and embodied cognition that is developed here impacts debates concerning the dignity of the person and life. The accounts of perception and of art are organic, interdependent, and dynamic.

12The whole book provides an overview of Merleau-Ponty’s thought. But it also offers new points of view on the fields described above and never loses sight of the phenomenological field of Merleau-Ponty’s eco-artistic perspective. Andrews reinserts the reader to Merleau-Ponty’s thought and way of thinking as living communication with the world. The book contributes significantly to the intense debate concerning oculocentrism in the 1980s and guided by phenomenology at every critical juncture. In conclusion, it addresses major topics and motivates readers to explore an interesting field of research, which is still open to new interventions. The book is a welcome affirmation of the fluidity and versatility of Merleau-Ponty’s thinking, and promises to open the door to new intellectual and phenomenological creativity.