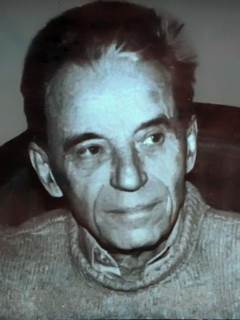 Romanian philosopher. After studying law and philosophy at the University of Bucharest (1933–1939), he left Romania to study for a doctorate in philosophy in Freiburg, Germany, under Martin Heidegger. He stayed in Freiburg for two years (1941–1943), but before defending his dissertation was called back to Romania for military service and sent to the front. After 1948, historical circumstances forced him to become a clandestine philosopher: he was known only within a very limited circle, and even his friends did not know whether or not he was writing down his thoughts. He died without ever publishing anything. It was only after his death that Dragomir’s notebooks came to light. His work has been published posthumously in five volumes by Humanitas, Bucharest. Two of these volumes have been published in French translation by Jean Vrin, Paris, Banalités métaphysiques (2008) and Cahiers du temps (2010), the latter being the fruit of his lifelong research on the topic of time (also published in German translation by Königshausen & Neumann, 2017). The journal Studia Phaenomenologica has devoted a complete issue to Dragomir (IV, 3–4, 2004), including accounts of his personality and work (in French, German, and English) together with a series of texts by him translated into French and English. In 2009, the Alexandru Dragomir Institute for Philosophy was founded in Bucharest as an independent research institute under the auspices of the Romanian Society for Phenomenology. [© C. Partenie, Springer]

About the ocean of forgetting

About the world we live in

The Protocol of Heidegger's Seminar of January 14, 1943 on Aristotle’s Metaphysics Book Θ

The world we live in