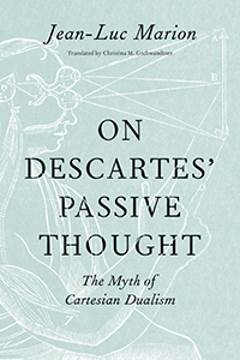 the myth of Cartesian dualism

Descartes has long been associated with mind-body dualism, but Marion argues here that this is a historical misattribution, popularized by Malebranche and popular ever since both within the academy and with the general public. Actually, Marion shows, Descartes held a holistic conception of body and mind. He called it the meum corpus, a passive mode of thinking, which implies far more than just pure mind—rather, it signifies a mind directly connected to the body: the human being that I am. Understood in this new light, the Descartes Marion uncovers through close readings of works such as Passions of the Soul resists prominent criticisms leveled at him by twentieth-century figures like Husserl and Heidegger, and even anticipates the non-dualistic, phenomenological concepts of human being discussed today. This is a momentous book that no serious historian of philosophy will be able to ignore.